A different TS050 HYBRID is in action this weekend, compared to the low-downforce version used so effectively at Le Mans. Due to the Nürburgring’s shorter and tighter character, an ultra-high-downforce aerodynamic package will make its debut.

Updated front and rear bodywork has been developed in the wind tunnels at TOYOTA Motorsport GmbH in Cologne to generate additional downforce at the cost of top speed, a combination which is better suited to the demands of the upcoming WEC circuits.

When practice begins on Friday, the team’s priority will be to analyse the new package and fine-tune it for the 5.137 km Nürburgring Grand Prix track, which this year reverts to the tighter, Formula 1-specification Veedol Chicane.

Toshio Sato, Team President: “We want to put our Le Mans disappointment behind us, but first I would like to express my sincere thanks to all the fans, rivals and friends who sent us such touching messages of support over the last weeks. We will not forget this. As a motorsport team, we want to race again and we do so with even more motivation and team spirit; the Nürburgring race is a great opportunity for us. It is also a home race which means we will have the support of plenty of our colleagues from Cologne. Last year there was a great crowd, so I hope we will again have packed grandstands and I am sure we can fight for the win.”

Anthony Davidson (TS050 HYBRID #5): “After putting the heartache of Le Mans behind me, I am definitely more fired up than ever to get back behind the wheel of our TS050 HYBRID. Nürburgring is a circuit I really enjoy and hopefully the car will be as competitive as it was in the last two races. It would also be a nice boost for the team to be able to win so close to home. Having so many colleagues from Cologne visiting us at the track makes this a really special race for us. The great atmosphere and team spirit makes me even more eager to go racing this weekend.”

Sébastien Buemi (TS050 HYBRID #5): “I’m very much looking forward to the Nürburgring; it’s good that it is pretty close to Le Mans and we can go back racing. I think we will be able to fight again for the win. We need to look positively on the first part of the season. Out of the three races we were leading two of those until very late so I’m very confident that we will have a good performance level at Nürburgring as well. We all know how hard Le Mans was but this is behind us and it’s time to look to the rest of the season. We definitely want to win our first race of the year.”

Kazuki Nakajima (TS050 HYBRID #5): “I’m pleased to be racing again quite soon after Le Mans. In previous years, WEC had a long summer break but it’s only a month since Le Mans which is perfect for us. We showed at Le Mans that we have a really strong car so we should be in the fight again this weekend. I know we have a lot of colleagues from Cologne visiting this race so I am really motivated to give them a good result, especially after what happened at Le Mans. Like everyone in the team, they are working really hard so this is a great chance for us to repay them.”

Stéphane Sarrazin (TS050 HYBRID #6): “In Le Mans we did an amazing job and we could show the big improvement of our car compared to last year. And that’s the most important point for us right now; we are back in the fight. Now our target is to win races and fight for the World Championship. I’m looking forward to Nürburgring and I think it’s good that we don’t have such a big break after Le Mans; I want to get back on the track as soon as possible. I like the Nürburgring track a lot and we have a competitive car so I’m fully motivated for this weekend and ready to fight.”

Mike Conway (TS050 HYBRID #6): “Nürburgring is a cool track so I’m really looking forward to the race. It will be interesting to see who will have the right package there as it is a high downforce circuit so we will come with revised aerodynamics. Hopefully we can continue our strong pace from Le Mans. With our car we are still in the fight for the championship, hopefully we can keep scoring solid points and catch up. The atmosphere last year at Nürburgring was great and I’m hoping to again see a lot of our fans and colleagues, as it is one of our home races.”

Kamui Kobayashi (TS050 HYBRID #6): “I have not raced at the Nürburgring for a few years now, but I had some good results there in single-seaters so I’m looking forward to driving an LMP1 car on this track for the first time. I think we have a very strong car; my target is to race at the front and hopefully stand on top step of the podium. We have a different car now, with more downforce, so we have to work hard to get the best performance from it. The team did that really well with our Le Mans package so I am confident we can do that again.” 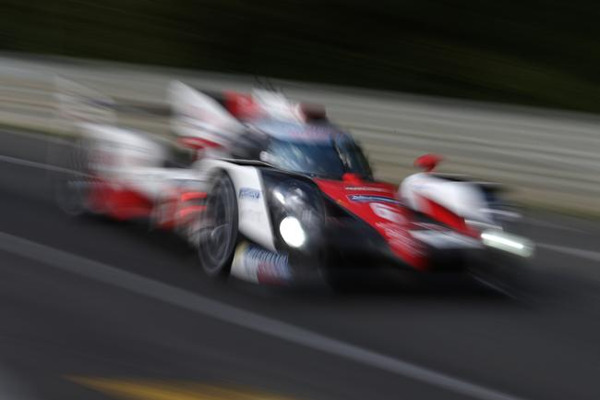