TME’s sales in the EU+EFTA region grew by 7.5% year-on-year.  Sales in the rest of TME’s Europe region (including Russia, Kazakhstan, Ukraine, Caucasus, Turkey and Israel) were stable versus a market down by 8%. This resulted in an increase in share of 0.6 percentage points at 8% in the area.

The strong sales momentum in the first quarter of the year was maintained in the second quarter with sales growth in Europe driven by another significant increase in Toyota and Lexus hybrid vehicle sales, up 44% from the first half 2015, at 145,160. Hybrid sales represented 31% of all sales of TME in the first half of the year, compared to 24% for the full calendar year 2015.  TME is targeting to achieve another hybrid sales record with 280,000 units in CY2016 and has a mid-term plan to achieve 50% hybrid sales by 2020.

The second contributor to the strong sales performance was Lexus premium vehicles.  There was substantial sales growth in all parts of the region. In Russia, Lexus sales increased by 17% in a premium market down by 6%.

“If it’s a hybrid, it’s moving, and moving fast – sometimes faster than we can supply, which has put a limit on our sales progression in Western Europe in the first half of the year. Hybrid supply should improve in the second half.  Together with the very strong sales we are posting in Russia, where we achieved N°1 position for the locally produced Camry and the RAV4, and the acceleration of the Lexus brand both in the West and the East, we are confident to exceed 900,000 sales for the first time in 7 years.”

“Plus forty-four percent hybrid sales versus last year is a great achievement. I am thrilled to see that 31% of our sales are now hybrids. Yaris Hybrid and Auris Hybrid continue to perform well. And the initial sales of the RAV4 hybrid and the new Prius that have just been launched are beyond expectations. With this continued hybrid momentum and the launch of the new PROACE van range and the new Hilux pickup coming soon, we are confident of an equally strong second half of the year.”

“Over the last couple of years, Lexus has completely renewed its line-up, and expanded its range with new models such as the NX and the RC. We also remain by far the leading manufacturer of luxury hybrid vehicles, globally and in Europe. This provides a solid foundation for continued growth in the future.”

Toyota highlights in this half-year: 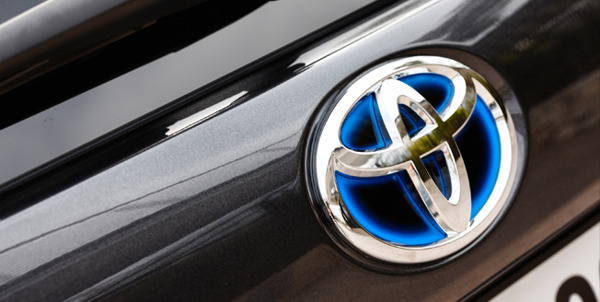