Hisatake Murata, Team President: “We are very motivated to finish the season with a victory in Bahrain, especially as that would give us the most wins in 2017. Porsche has proved their strength with another World Championship so they are clearly tough competitors. We will be pushing as hard as possible to give the fans an exciting battle for the final LMP1 competition between TOYOTA and Porsche. After our strong performances in Fuji and Shanghai, we are ready to fight in Bahrain.”

Mike Conway (TS050 HYBRID #7): “Bahrain is one of my favourite races so I am looking forward to going there and hopefully getting the win for car #7. We have been pushing for that all year. We have had four pole positions so we have to convert that to a win at some point. We learned a lot in Shanghai about tyre wear and Bahrain is a similar circuit in that regard, so hopefully that will be to our advantage.”

Kamui Kobayashi (TS050 HYBRID #7): “I am expecting a strong weekend again in Bahrain because we showed very good performance in Shanghai. It is the final fight between TOYOTA and Porsche in LMP1 so we should enjoy having another strong manufacturer to compete against. Definitely we want to win and I am confident we will have a chance.”

José María López (TS050 HYBRID #7): “I know the Bahrain track from my time in GP2 and I enjoy it; I can’t wait to experience the TS050 HYBRID there. For the final race of the season we really want to finish in a positive way. Our car has been quick in the last two races so we expect to be competitive again in Bahrain but Porsche is pushing hard as well so we know it will be another tough fight.”

Sébastien Buemi (TS050 HYBRID #8): “I’m looking forward to this weekend; Bahrain is a nice track where we have had good results in the past. The weather should be stable so we can concentrate on getting the most out of our car and tyres. Our car should be quite well suited to the characteristics of the circuit, with the heavy braking at the end of long straights. We will do our best to get another win.”

Anthony Davidson (TS050 HYBRID #8): “I enjoy racing in Bahrain and I expect we will again be competitive. We go there after back-to-back victories following our performance in Shanghai so we want to finish the season with a hat-trick of wins for the #8 car. I have good memories of Bahrain after winning the World Championship there in 2014 so I am looking forward to it.”

Kazuki Nakajima (TS050 HYBRID #8): “Bahrain is the last race of the season so I hope we can finish strongly, especially for the team, who have worked so hard all year. Winning races is always a good motivation so we will go to Bahrain with a lot of confidence after the speed we showed in Shanghai. But it’s another track and another race so we have to be focused and give everything to win again.” 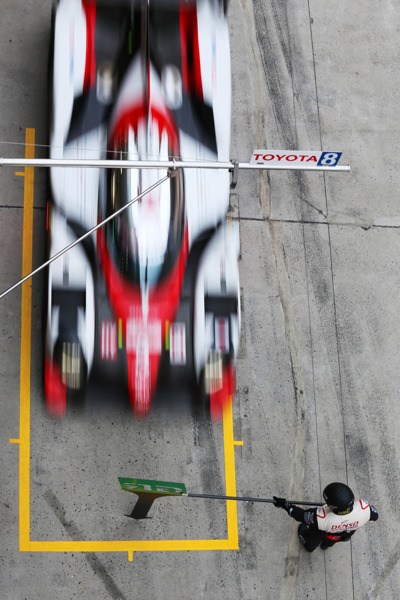