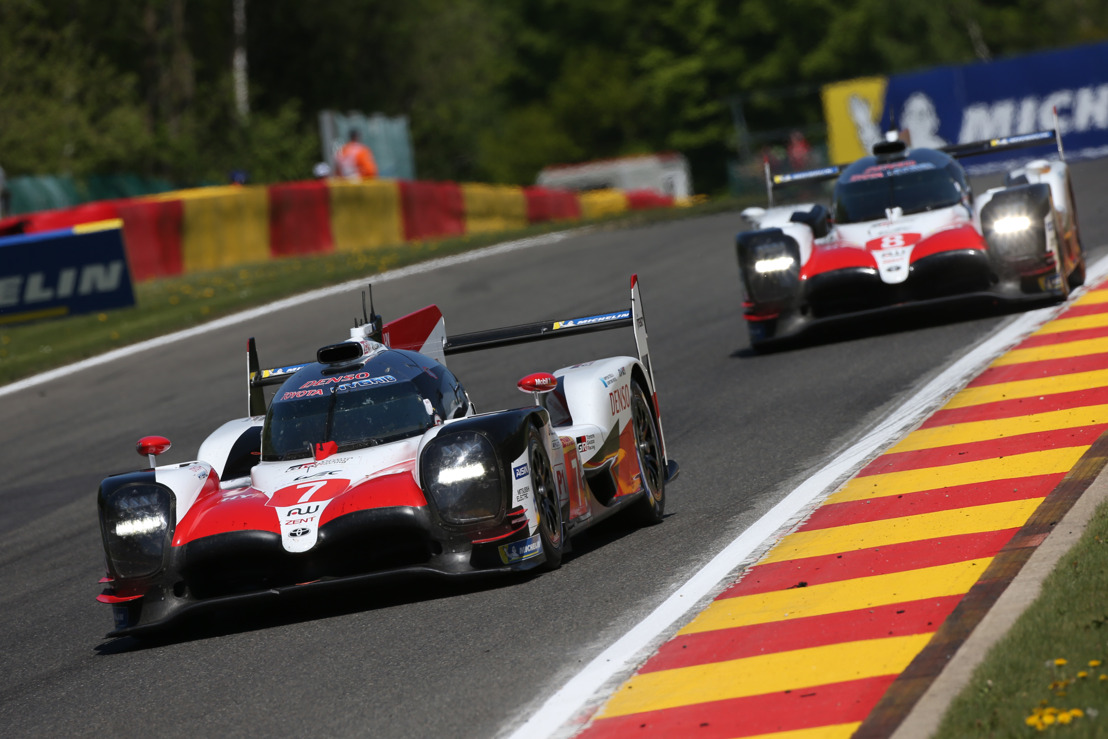 Hisatake Murata, Team President: “We are getting close to the end of the 2018-2019 season and Spa could be a significant event for TOYOTA GAZOO Racing. We are close to one of our big targets of the season; winning the teams’ World Championship. However, we do not under-estimate the challenge of our opponents or the Spa circuit, so we have put in a big effort to prepare and I know everyone is pushing hard to win the World Championship with a result to remember in front of our fans, friends and colleagues. Motorsport is about more than the driver and car; many people are working extremely hard as one team to succeed and not all can join us regularly at the track so it will be nice to have many colleagues cheering us on in Spa. I hope we will, as usual in Spa, see lots of passionate fans in the grandstands and the paddock; I am sure it will be another exciting race for them to enjoy.”

Mike Conway (TS050 HYBRID #7): “Spa is one of my favourite races so I am looking forward to getting back. We have been unlucky there a few times when we had the chance to win but it hasn’t worked out. We had a really quick car at Spa last year but started one lap down due to the penalty; we still came through and nearly won. So we need to pick up from there and we will be in good shape. I’d love to win at Spa and that will be my target next week.”

Kamui Kobayashi (TS050 HYBRID #7): “I like Spa; it is a long, high-speed circuit which is quite familiar to me after WEC and Formula 1. It’s a really nice circuit to drive and of course you have Eau Rouge; this is a very challenging corner in a GT3 car but in our TS050 HYBRID it is flat out. There is always something different at Spa and it’s always a challenge every lap. Qualifying is particularly interesting there to get everything right, but when you do it is very rewarding.”

José María López (TS050 HYBRID #7): “Spa is always a great place to visit and it’s where our season began a year ago. It’s an amazing track on which to drive our TS050 HYBRID so I am really looking forward to it. We are now in the closing stages of the championship; we achieved strong results for the team so far and we hope to achieve this again in Spa. On our side of the garage, the #7 car, we want to bounce back from Sebring and strengthen our World Championship fight.”

Sébastien Buemi (TS050 HYBRID #8): “It feels a bit strange to go to Spa late in the season because it was usually one of the first races. Of course I have good memories from Spa because I won there a few times before so I am looking forward to a strong weekend and a good fight with the other car. Above all it is going to be important to get used to the low-downforce package that we will use in Le Mans. Race performance and the win is important but we really want to be ready for Le Mans.”

Kazuki Nakajima (TS050 HYBRID #8): “I actually have some bad memories of Spa so unlike most drivers, it’s not one of my favourite tracks. It is challenging there and it’s nice to go back. But it does feel a little bit weird because normally Spa is one of the first races of the season, but now we are nearly at the end. That means it is an important race for the World Championship so we will do our best with the same targets as usual; earn a one-two for TOYOTA.”

Fernando Alonso (TS050 HYBRID #8): “I have great memories of Spa as I made my TOYOTA debut in WEC there a year ago. We won the race that day and it is obviously our target again. Spa is another important step for us in the World Championship battle, with only two races remaining in the season, and it is also another big step towards Le Mans. So the team has worked really hard to be prepared and I know everyone will work really hard to execute another perfect race.”