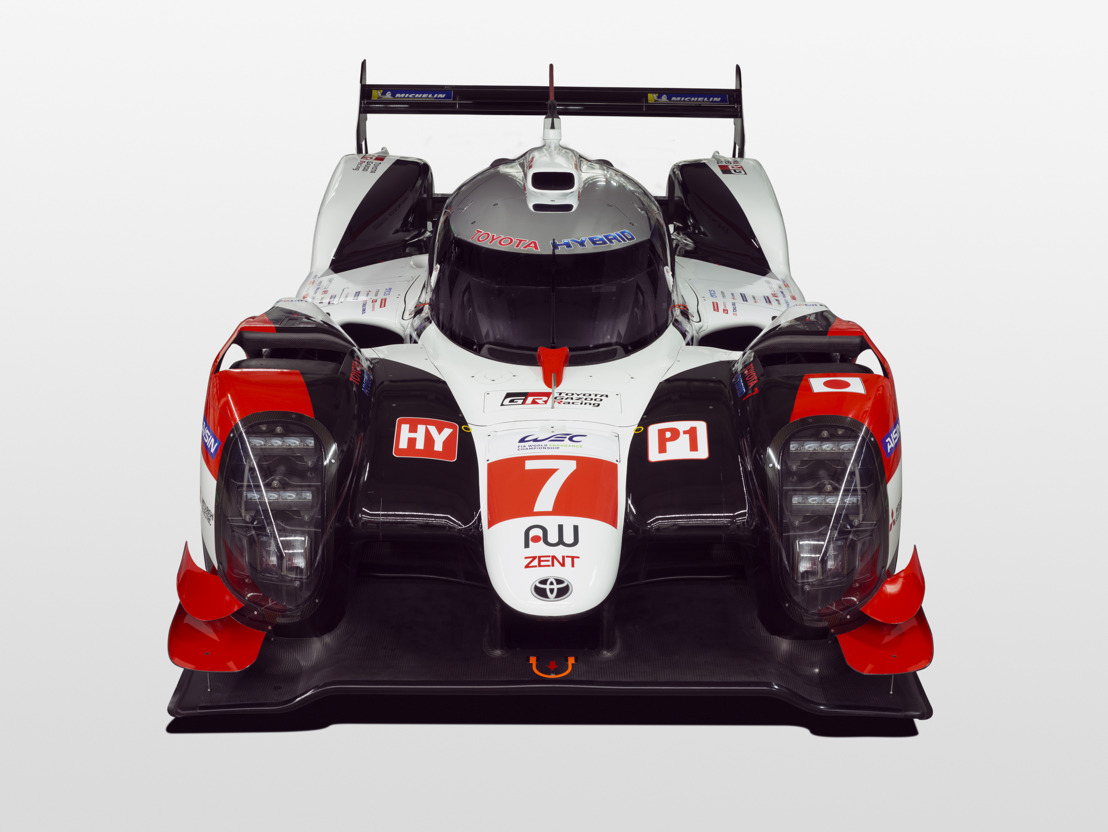 Hisatake Murata, Team President: “Even though it is only a few weeks since our Le Mans victory, we are already looking forward to a new season of WEC, when we will have the honour of being defending World Champions. It is the final season of the LMP1-Hybrid regulations as well as the last season for our TS050 HYBRID, which has achieved so much and, we all hope, can still achieve more before it heads to the museum. Our ultimate target is to win Le Mans for a third consecutive year and this would be a fitting tribute to the TS050 HYBRID and everyone who has worked so hard since 2015 to design, develop, produce and operate this car. As a team we have grown stronger and more resilient during the TS050 HYBRID era and we need to demonstrate this again as we challenge to defend our titles and, in parallel, prepare for the new hypercar regulations.”

Pascal Vasselon, Technical Director: “Our car for this new season is not radically different from last season’s car. We introduced the TS050 HYBRID in 2016 so there has been ongoing development over the seasons; this year’s updates are about optimising details and reliability. The most obvious change is the bodywork; we have updated the aerodynamics of the car and elsewhere there are minor modifications for reliability. Obviously, last season we had the strongest package and this showed in the race results. But when you look at the development rate of our competitors, from Le Mans 2018 to Le Mans 2019, you see a big step in their performance. Out of respect for their ability to improve their cars and extract more performance from their package, we could not stand still. We have never under-estimated their capabilities so we needed to continuously improve our package wherever it was possible and efficient.”

Mike Conway (TS050 HYBRID #7): “I am looking forward to starting the season and moving on from Le Mans; it’s good to be back in action again and gearing up for another challenge. The new season is quite special because it’s the last with our TS050 HYBRID. I am lucky enough to have raced this car from the beginning and it’s been a phenomenal experience; the sensation of driving this car at Le Mans in particular is incredible. We are all working hard to give the TS050 HYBRID a fitting final season, and for all of us on the #7 car, that means finishing with a win at Le Mans.”

Kamui Kobayashi (TS050 HYBRID #7): “It’s hard to believe the season is starting again already with the Prologue, as it feels like Le Mans has only just finished. All of us on the #7 car are pushing as hard as possible to finally win Le Mans after coming so close this year. It’s such a tough race; even when everything seems to be going well, there is always drama. It was a close fight with the #8 car last season and I expect it will be like that again this time; there are two strong driver line-ups and both crews are very experienced so it should be exciting.”

José María López (TS050 HYBRID #7): “Mike, Kamui and I have one objective and that is to win races and the championship – and to take revenge at Le Mans. It will be the last season for the TS050 HYBRID and we go into it with mixed feelings. The new regulations for 2020-2021 are very exciting and we look forward to racing against other manufacturers again, which will be fun. But the downforce, the speed, the power of the TS050 HYBRID is amazing and I am sure that one day I will say that I was lucky to have the opportunity to race such a car. I will enjoy every single lap and every single moment in it and I intend to have fun in its last season.”

Sébastien Buemi (TS050 HYBRID #8): “It will be a different season and also a new challenge because Brendon has stepped in to car #8. We have been friends for many years and I am happy he is joining Kazuki and me. Hopefully we can make him feel at home and enjoy some victories together because clearly we want to win again. We have been racing with the TS050 HYBRID for a long time so it will be an emotional moment when we stop the engine for the last time at Le Mans next June. I will try to enjoy every moment of it, so I can’t wait for the season to start.”

Kazuki Nakajima (TS050 HYBRID #8): “It feels nice to start a season as World Champions and, of course, the target is to keep that title for the final season of the TS050 HYBRID. We have raced with this car for a long time and enjoyed many special moments, so I will miss it. But at the same time, a new race car is always very exciting so I’m already looking forward to the hypercar era in WEC. It’s not going to be an easy season; the #7 crew will be very tough competitors and we expect a bigger challenge from the other LMP1 cars so it should be exciting.”

Brendon Hartley (TS050 HYBRID #8): “It was hard spectating at Le Mans, but it was crucial to observe and begin integrating with my new team. I fell in love with Le Mans when I first raced there in 2012 so, after missing two years, I can’t wait to return. Since Le Mans I had my first real test in the TS050 HYBRID and I am already feeling at home in the car and up to speed. My goals are always personal rather than results based, so I want to perform at my best, although of course a world championship and a Le Mans victory would be nice!”

Thomas Laurent (Test and Reserve Driver): “It’s going to be a busy season for me, being part of TOYOTA GAZOO Racing and also competing in LMP2. I am really enjoying working with everyone at TOYOTA and discovering the TS050 HYBRID; it’s an incredible car and I always look forward to getting behind the wheel. Testing is quite limited but I will also do plenty of simulator sessions and this will also help my development as a driver, as does working with the other drivers who have a lot of experience. So I am looking forward to a busy and productive season.”