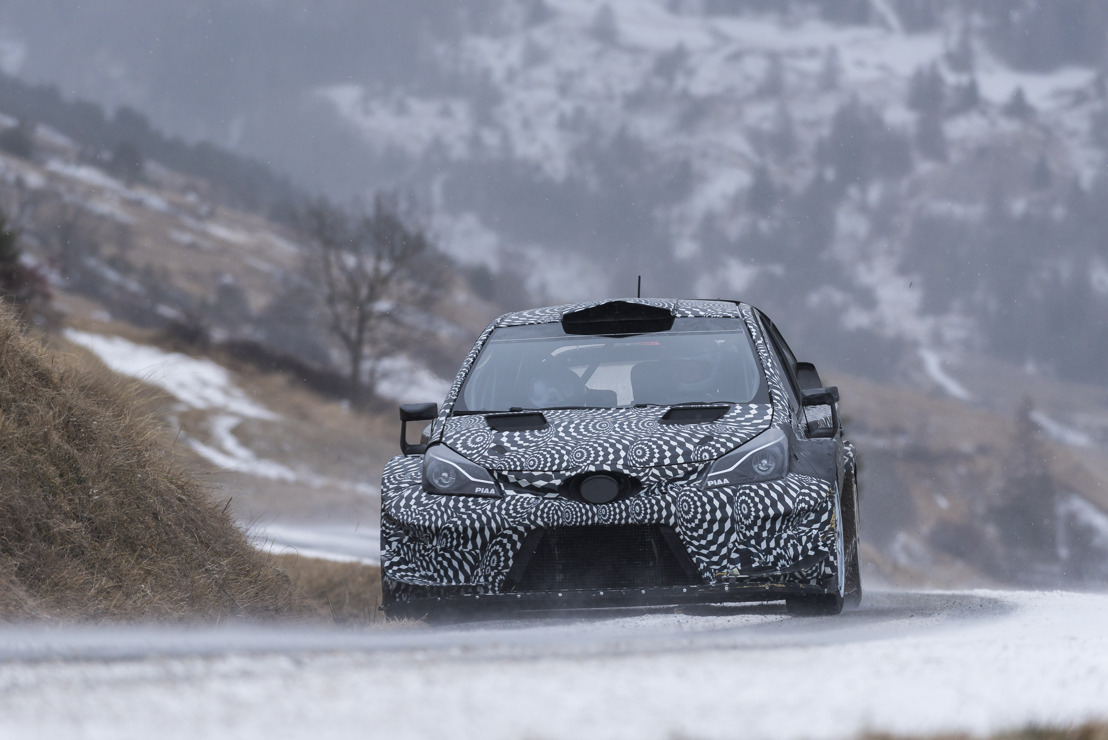 Toyota is about to return to the WRC. I had an opportunity to speak to Jari-Matti, who joined our team last month, at the Rally Finland in 2014 when he showed me photographs of the first rally car he had ever driven, a Corolla GT, and the first WR car he had ever driven, Corolla WRC, and talked about his enthusiasm for Toyota. I think we were linked by fate somehow, although I had no idea at the time that Toyota would return to compete at the WRC or that he would join our team.

Juho knows the Yaris WRC better than anybody else, and he’s worked to refine the Yaris WRC since the earliest days of its development. Jari-Matti has worked daily to improve the car since the team’s press conference last December, encouraging us all to build “ever-better rally cars”. Their co-drivers Miikka Anttila and Kaj Lindström round out the team, which is led by Tommi. Backing that effort is everyone working at Toyota, the partners who support our vision, and all the fans who cheer us on. Together, this large group has finally begun a new journey toward making ever-better cars.

Winning a rally is no easy feat, but I’m confident that the energy from such a broad base of supporters will reach the team, the car, and the drivers. I look forward to your continued support.

The most important thing is to go to Monte-Carlo with a relaxed and open attitude. It depends so much on the conditions there and everything can change in a split second. It’s hard for me to say at the moment where we really are in terms of performance and it’s unlikely that Monte-Carlo will give us any definite answers either, as it is such a different rally to everywhere else.

The tight schedule has been the biggest challenge. Of course all the teams have had to build new cars from scratch this year, but they can rely on experience from the past.

I can pass on a little bit of my personal experience to our drivers from Monte-Carlo, but in the end it’s all down to them and the car now. Our target is to get good mileage from this rally, so I will be happy if we have both cars at the finish and arrive in the same minute as the leaders. That would be a fantastic way to continue our development, which is always an ongoing process. As we say in Toyota, we should keep continuous improvement: we just keep on making the car ever-better!

Two months ago, I would never have imagined that I would be starting Rallye Monte-Carlo with Toyota, so that’s really exciting. In total I’ve done 12 days of testing: four days on snow, one day on gravel, and seven days on asphalt. That’s a good amount of testing and we’ve made some useful steps in that time. The car feels very strong but in terms of performance it’s difficult to say, as everyone comes with a new car. In any case this year is all about development: For Monte I would like to finish the rally well, then maybe towards the middle of the season we can start to think about podiums.

Monte-Carlo is so unpredictable that it’s not a good idea to set too many targets: in 2015 I didn't have a particular plan and I finished second, so in 2016 I was aiming for the podium and then I ended up making a mistake! For any driver, Monte is quite a big stress during the event, because of all the unknown factors and tyre choices, but when you cross the finish ramp in front of the Royal Palace on Sunday, it is one of the best feelings you will ever experience in the sport.

I’ve done Rallye Monte-Carlo four times before, but just one time with a WR car. And actually the last rally I did was Finland in 2015 so as you can imagine I really can’t wait to get started now! I’ve had a very good feeling with the Yaris in testing but of course you never know what happens when you put numbers on the doors, and it's been quite a long time since I last competed.

I’m not thinking so much about the result in Monte: I just want to have a relaxed drive and of course get to the finish. We still have plenty to learn but I think it will get easier once we are into the season.

This is the first rally I will drive with Kaj and he is a fantastic guy to work with: I think I have spent more time with Kaj than with my family over the last few months with all the preparation we have done. In fact the whole atmosphere within the Toyota team is very nice: It’s a family feeling, which is something that Tommi has taken care of. The guys have been working so hard, but they are still smiling and joking all the time. Like me, everyone is really looking forward to getting started.

Toyota is about to return to the WRC.

At our team’s press conference at the end of last year, I explained that it was the support from our enthusiastic fans and a sense of gratitude to our capable predecessors that led me to decide to return to the WRC.

Right before that conference, we decided that Jari-Matti Latvala would be our other Yaris WRC driver.

I met Jari-Matti unexpectedly at the Rally Finland in 2014 and had a chance to talk to him. At the time, he was a driver for Volkswagen.

When we spoke, he pulled out his smartphone and showed me photographs of the first rally car he had ever driven, a Corolla GT, and the Corolla WRC that he drove for his first WR Car. He also talked about his enthusiasm for Toyota.

I think he was talking to me not as the president of Toyota, but as a fellow car and Toyota lover.

At that time, even in my dreams I didn’t imagine that Toyota would return to compete in the WRC or that Jari-Matti would join our team to drive our car.

When I heard that we had signed a contract with him, I recalled the look on his face when he was showing me those photographs and felt certain that fate had brought us together.

When he came from the test track to attend the team’s press conference last December, Jari-Matti talked about building “ever-better rally cars” refering to our words.

In fact, I hear that he’s continued to work during the testing process to refine and improve the car by offering advice about how to make it a more capable competitor.

He also described himself as “coming home to Toyota.” In response, I’d like to welcome him back.

My own eagerness to compete in the WRC’s first race, the Rallye Monte-Carlo, has only grown now that we’ve welcomed Jari-Matti to the team, and I can’t wait for the rally to begin.

Juho Hänninen knows the Yaris WRC better than anybody else, and he’s worked to refine the Yaris WRC since the earliest days of its development. Jari-Matti Latvala started his career driving Toyotas and has extensive experience driving in the WRC. Then there are their co-drivers Miikka Anttila and Kaj Lindström. Those four; the drivers and co-drivers will be racing the Yaris WRC that was created by the team of Tommi Mäkinen.

A new journey to build ever-better cars is beginning with many fellows including Toyota’s employees, the partners who are helping us achieve our vision, and all the fans who cheer us on.

We hate to lose, and we don’t plan to lose. However, this isn’t a rally that can be won easily.

I’m confident that the energy from such a broad base of supporters will reach the team, the car, and the drivers, and I look forward to your support for Toyota’s entry in the WRC.