Tommi Mäkinen (Team Principal) : “Poland will be an interesting rally with a different challenge: a bit like Finland in some ways, but without the jumps and with a softer surface. It should be a good test for the aerodynamics of our car at high speed, which is an area where we have normally been working well. Poland should also be less hard on the car, after some of the rough rallies we have seen recently, but of course you can never tell for sure how it will be until you get there. I never drove in Poland myself, so I don’t really know what to expect. In terms of objectives, the drivers know what to do so I will just let them get on with it while doing everything I can to help them focus and stay concentrated.”

Jari-Matti Latvala (Driver car 10) : “We had a really good test for Poland, which featured some rain as well, and I think this will be very useful as there was also some rain on the final day in Poland last year, which often happens after you have many days of hot conditions as we expect next week. We made some steps forward with the dampers and I was particularly impressed by the stability of the car. With a lot of the car’s development having taken place on the rapid roads of Finland, I think the Yaris WRC should be well suited to the very fast roads in Poland too.”

Juho Hänninen (Driver car 11) : “I was happy with our progress in Sardinia and our preparations were able to build on that. I actually think that our car is better on the fast rallies compared to the slow rallies so this gives me a lot of confidence, as you do not have to worry so much about the set-up and you can just concentrate on the driving. On the test, I made some changes to the suspension and since then there has been even more development, so this is really positive. Road cleaning will not be as big a factor as it was in Sardinia but Friday could still be important.”

Esapekka Lappi (Driver car 12) : “The test before Poland was a good step up for me: from the slow roads of Sardinia to the really fast and flat-out roads that we experienced in testing. I would say that the test was representative, although maybe in Poland we can expect roads that are slightly softer and sandier. Although I had a good result in Sardinia I have no particular expectations for Poland. Because it’s a really fast rally you need a lot of confidence and I’m not sure if I have that yet. I just want to have a clean run and reach the finish with no problems in order to learn as much as possible.”

2017 FIA World Rally Championship for drivers after round seven:

2017 FIA World Rally Championship for manufacturers after round seven:

Pictures will be uploaded here during the event 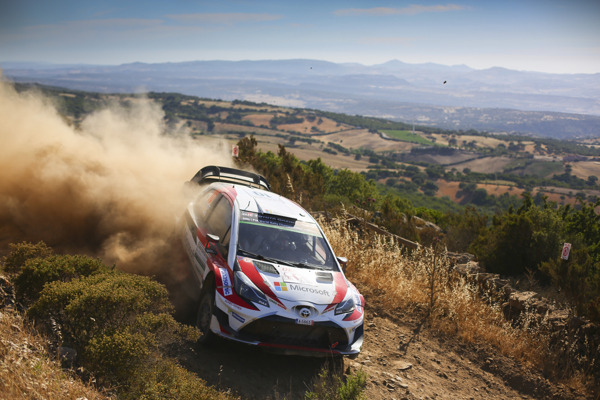