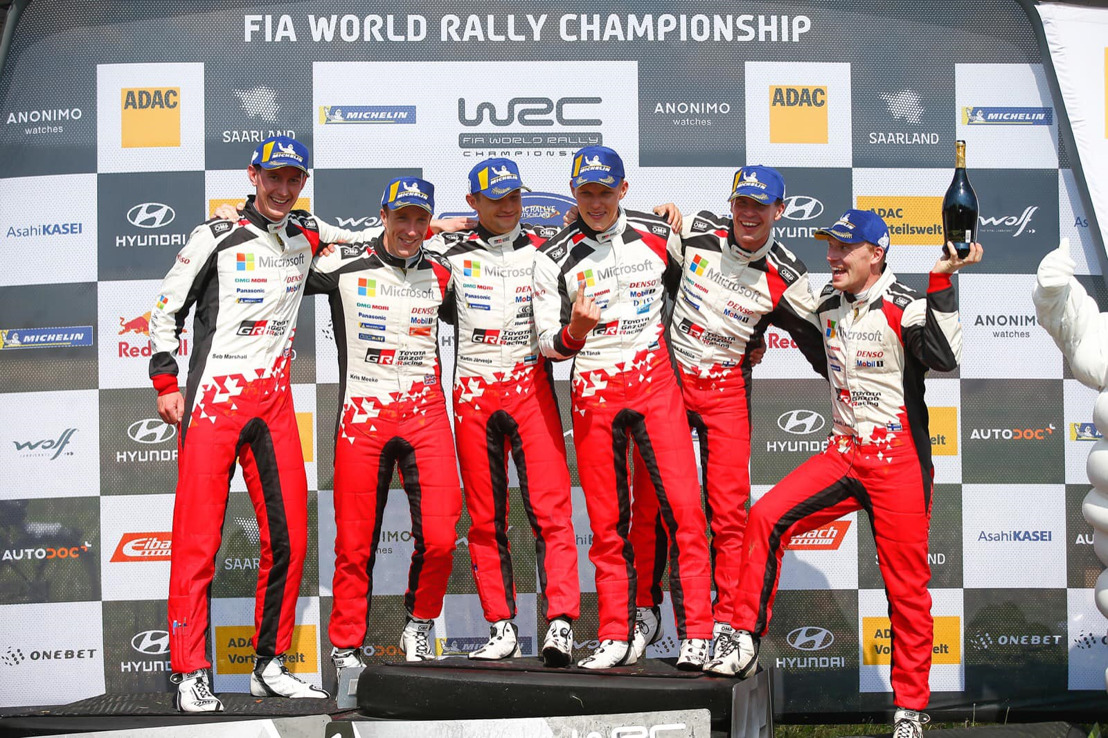 Tommi Mäkinen (Team Principal) : “The confidence in the team is very high at the moment after our incredible result in Germany, but we know that Rally Turkey will be a totally different challenge. It’s the type of rally where you need to be clever: Last year, I think we were clever and we were able to do achieve a great result. Of course, we will try to repeat that but it won’t be easy. Having a car that can cope with the conditions is very important, and we would like to have a bit more performance there too, so that’s something we have been working hard on in our preparations.”

Ott Tänak (Driver car 8): "Our aim will be to try to win again in Turkey but we saw last year that it’s a very hard event. We were able to take the victory and finish one-two as a team, but it was more thanks to being smart as our speed there was not so strong. The stages can be very rough, so the approach is mainly about avoiding any problems. We would also like to have greater performance there this year though, and the team has been working hard for this. Certainly, the motivation is high in the team after our results in Finland and Germany, as it shows that our hard work is paying off.”

Jari-Matti Latvala (Driver car 10): “Rally Turkey is the roughest event of the year. In many ways it’s about survival: Last year many of our rivals hit problems, and although we were not the fastest, we drove sensibly and that brought us a great one-two result for the team. This year I expect the roads to be in a better condition, but it will still be necessary to take care and look after the car. Before Germany, we went to Greece to test in the sort of rough conditions we face in Turkey, and to try to keep improving the car on that kind of surface.”

Kris Meeke (Driver car 5): “Rally Turkey will be a new experience for me. From what I could see watching from afar, and what the other drivers have said, the stages there were incredibly rough last year. I’ll have to wait and see how it looks during the recce to make my own conclusions. It’s maybe going to be a bit more difficult for me without that experience from last year, but it’s the way it is. I won’t be going in with any particular targets in terms of a result, but perhaps that approach could play into my hands by the end of the weekend.”

Ott Tänak and Jari-Matti Latvala achieved a one-two for Toyota on an all-new Rally Turkey. The pair occupied fifth and fourth positions respectively at the end of Friday before rising to the top of the leaderboard on Saturday as their rivals hit problems. For Tänak it was his third win in a row after Finland and Germany, a sequence he is aiming to replicate on this year’s event. Esapekka Lappi retired after going off the road on Saturday morning.